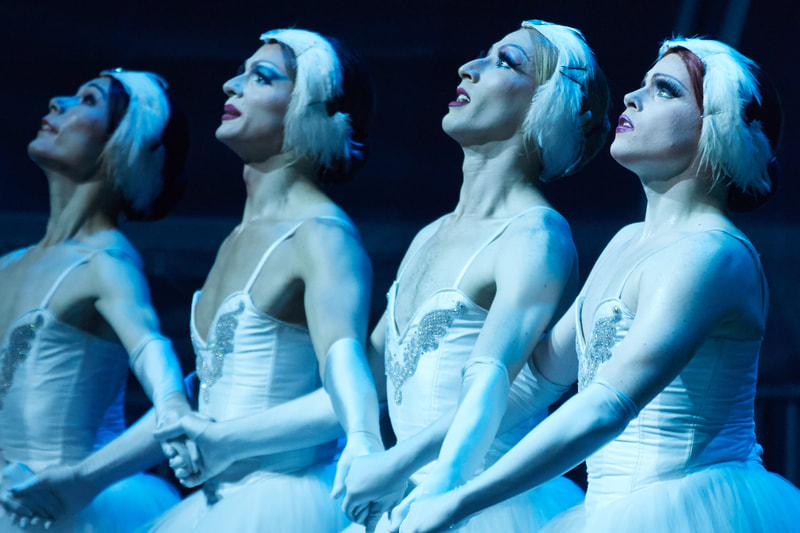 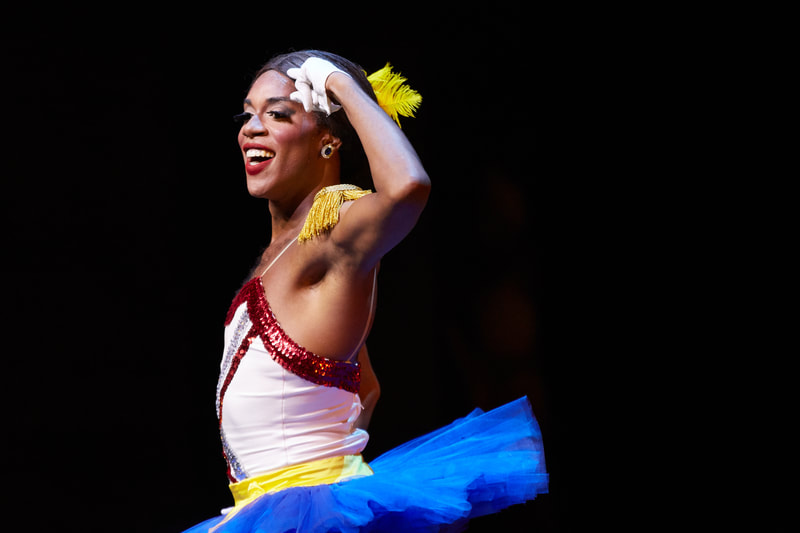 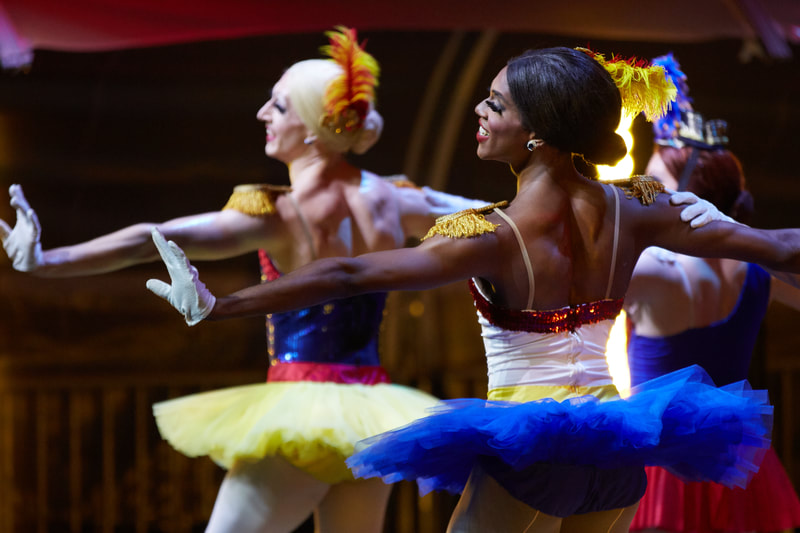 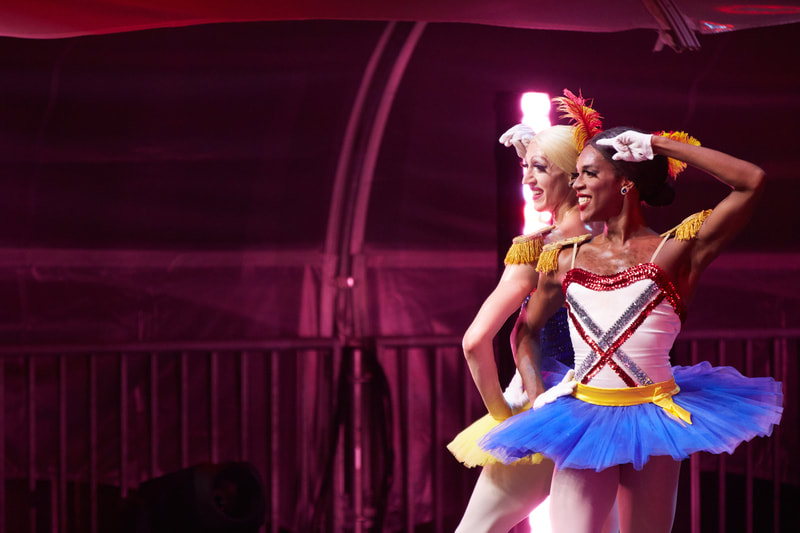 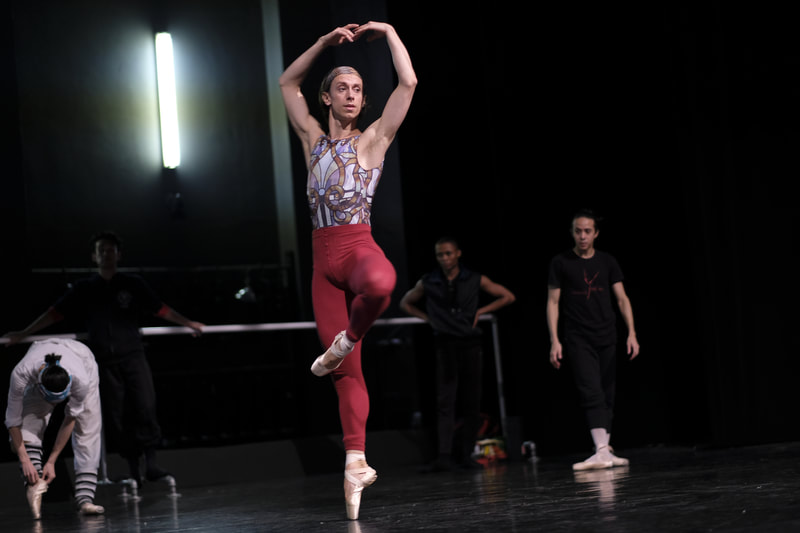 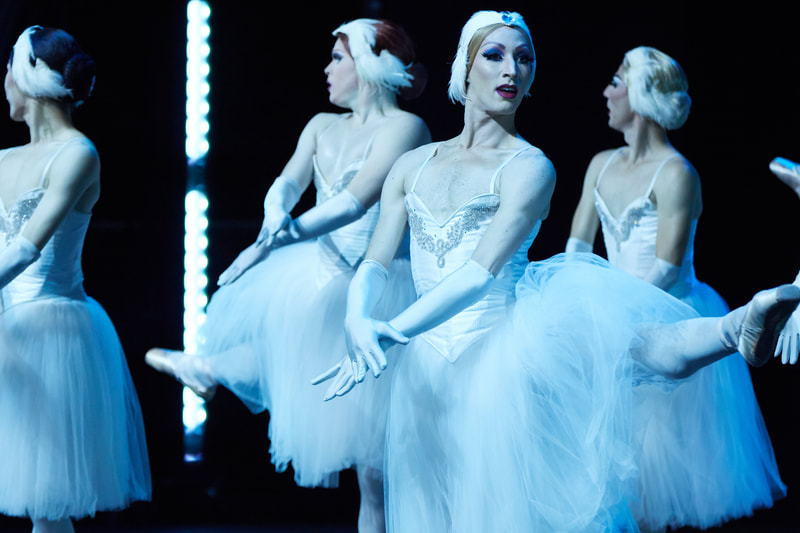 Want to share BALLERINA BOYS at your library, campus or event?

“Ballerina Boys” celebrates Les Ballets Trockadero de Monte Carlo--for 45 years home to some of the world’s most beautiful dancers, male ballerinas who have taken great risks to practice their dazzling version of ballet parody.  A film full of beauty and fun, it seduces viewers into facing issues of gender, inclusion, and social justice. It interweaves a tour of the Carolinas (epicenter of efforts to walk back LGBTQ rights) with portraits of the dancers and the survival saga of the Company itself--a story that begins at the Stonewall Tavern in 1969 and culminates in “Stars and Stripes Forever” at the Stonewall 50th Anniversary Celebration where fifteen drag queens in red, white, and blue tutus exult in a moment of unabashed patriotism.  “Ballerina Boys” is both intimate and panoramic, both historical and urgently of this moment.  Now the world can admire real-life heroes who actually do wear tights!
Long Synopsis:

“Every time the curtain opens we represent progress for equality.  We just do it dancing.”
Kevin Garcia, ballerina

“Ballerina Boys” is a portrait of an artistic institution that has brought to the world some of its most beautiful ballet artists. They are the men of Les Ballets Trockadero de Monte Carlo, a company of dancers who challenge the binary norms of ballet art and gender identity.  This
is a beautiful and funny film, yet it asks viewers to face issues of gender, inclusion, and social justice.

For forty-five years “The Trocks” have, in their fanatic adoration of classical ballet, overturned many of its other strictures:  that ballet is highly serious, that it’s an endeavor for white people, that it is the province of high-brow audiences.  And while they have messed with the rules, the one rule they have not resisted is that ballet must be difficult.  What they do just as well as female ballerinas is dance on pointe – an astonishing feat for their male bodies.

“Ballerina Boys” traveled with the Trocks on a bus tour to the Carolinas, the epicenter of efforts to walk back LGBTQ rights. On that trip our dancers revealed how, by way of wrenching personal histories, they found their serendipitous pathways to the Company. The film interweaves this tour, the backstories of three main characters, their soulful dancing, and the survival story of the Company itself.
​
Inspired by the kicklines that materialized in response to police attacks during the Stonewall Riots in 1969, the Company was fueled by a spirit of defiance and creative exuberance unleashed by the blossoming gay rights movement. They named themselves Les Ballets Trockadero de Monte Carlo, an homage to Les Ballets Russes de Monte Carlo, a company that toured the country in the ‘50’s, introducing Americans in the heartland to classical Russian ballet.  (As a matter of fact, an intrinsic aspect of the Trocks’ comedy is giving each dancer a preposterous fake-Russian stage name.)  Their first performances took place in a run-down hall on a plywood stage. Not content to be consigned to the fringe of the dance world, within a year, they set out to tour the country.  At a time when a man wearing women’s clothes was violating the law, the “Trocks” were forced to ask the question:  where can we be safe?

Much to their amazement, their blend of expert technique and joyful “homage” caught on.  By 1980, they were not only touring the country – they were touring the world.   Then, like a tsunami, came AIDS.  The 90s were full of unimaginable heartbreak -- as more than half the dancers died. But the company pushed forward, energized by grief and the conviction that male ballerinas had something important to offer the world.  This was the moment when the Company should not have survived.   But survive it did.  While many dance companies folded over the next twenty years, the Trocks continued touring and growing as an institution.  Dancers mastered dozens of ballets, performing 150 shows a year.  The days of grungy lofts are long gone; the Trocks now grace grand opera houses around the world.

The film’s half-century historical arc culminates with the Trocks’ gala performance at the Stonewall 50th Anniversary Concert in New York’s Central Park, where they danced “Stars and Stripes Forever.” This version of George Balanchine’s 1958 military piece featured Sousa marches and—of course—a kickline.  In 2019 New York City cheered as fifteen drag queens in red, white, and blue tutus flaunted their stunning technique and exulted in a moment of unabashed patriotism.  The world needs to know and love these heroes who DO ACTUALLY wear tights.