Since 1998, our team has been devoted to acquiring, distributing and representing unique independent films and documentaries. We are your source for award-winning films that will enrich your catalog and impact your community, patrons and faculty.

Interested in expanding your catalog or curriculum? Our  features have made their home on shelves of various notable film libraries and institutions. Some of our film topics include Multicultural Studies, Women’s Studies, Medical Studies and Advances, Religious and Spiritual studies, Environmentalism, Aging, Drug Addiction, Gay/Lesbian/Transgender, etc. 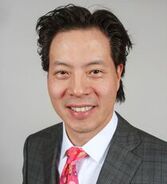 Allen Chou is President and owner of Passion River Films. In 2005, he established a distribution partnership with Netflix, resulting in over 200 titles released on their site. Allen has placed titles into accounts such as: Blockbuster, Hastings, Whole Foods, Barnes and Noble, Best Buy, Walmart, Netflix Streaming, Hulu, & more. Allen Chou also manages the in-house social media marketing department and serves on the adjunct faculty at New York University teaching film marketing and distribution courses. He is a frequent speaker, panel moderator, and instructor on distribution and social media marketing at film festivals, industry conferences and universities. Allen attended New York University and received his BA in Radio,TV,Film from the University of Maryland. 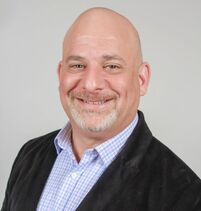 Josh Levin brings the perfect mix of experience to the role, having been a film distribution executive, documentary film producer and art house cinema operator, as well as a professor of film distribution, marketing and finance at New York University and American University in Washington, DC. With that range of expertise, Josh is the ideal partner to help you navigate the waters of getting your film in front of audiences.

In 2010, Josh returned to his home town of Washington, DC and opened West End Cinema, named Washington, DC's Best Independent Movie Theater by Washington City Paper and maker of the Best Popcorn in DC (according to TBD.com). West End Cinema specialized in the kinds of art house fare that found audiences through grassroots and retail marketing, elbow grease and passion.